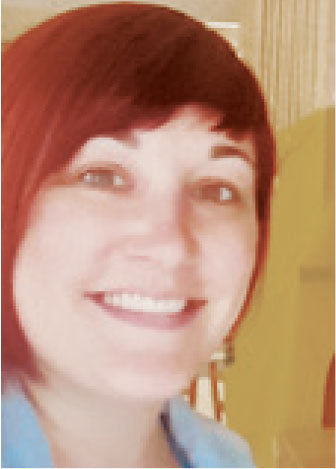 Annaliese Newmeyer, M.Ed., has spent the past five years preparing low-income early learners for success in kindergarten and beyond as a Head Start lead teacher at the Ounce of Prevention Fund’s pioneering Educare School on Chicago’s South Side. Established in 2000 in the city’s Grand Boulevard neighborhood—then the poorest census tract in America—this research-based early childhood education program inspired the development of a nationwide network of Educare schools with a common mission to give financially disadvantaged infants, toddlers and preschoolers the best possible opportunity for success in life. Through her work at Educare Chicago, Newmeyer is helping to prevent the achievement gap that often separates children born into poverty from their middle-income peers long before they enter kindergarten. Prior to her work with Educare, she spent seven years helping young children flourish in a wide variety of early childhood settings, from the Loyola University Preschool in Chicago, where she served as a lead toddler teacher, to the Peaslee Neighborhood Center in Cincinnati, Ohio, where she served as director of early childhood education. She holds a bachelor of science degree in psychology from Miami University in Oxford, Ohio, and a masters degree in early childhood education from the University of Illinois at Chicago. She is passionate about providing high-quality early childhood experiences for low-income children during the crucial first five years of life—and paving the way for a future where anything is possible.

Making a Trip to the Museum Meaningful

Trips to the museum are fun, thrilling and can be educational, but most activities tend to be geared to children over the age of five. To further a study of Lions in our classroom, we took a trip to the Field Museum. It was the winter, it was too cold to go to the zoo, […]

Taking a trip to the store

November means many trips to the grocery store, getting food for Thanksgiving, buying extra snacks and dinner for out of town guests. And on top of that, the kids are home for break. A quick or long trip to the grocery store can be a great learning experience for children of all ages, not just […]

Most children know how to navigate Ipads, cell phones and Youtube, but very few children understand how these systems actually work and the processes behind typing in “Johnny, Johnny” and seeing a list of videos pop up on Youtube. Our school system also does very little to prepare children for this type of thinking or […]

Cubetto: Coding with 4 year olds: Why Coding is important to teach young children.

Cubetto is coding toy that was donated by a staff member at my school. We got an early version of the toy before it was even on the market! Our Cubetto came with an interface board, directional buttons, a bag for the buttons, Cubetto (the robot), two floor maps and three books to accompany the […]