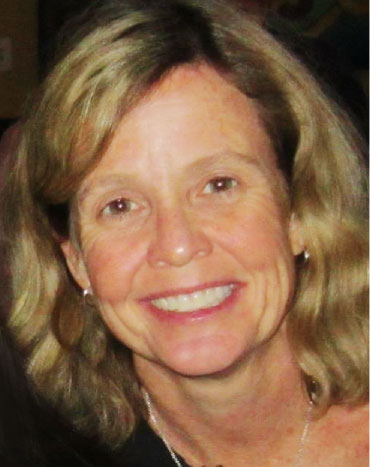 Jennifer Asimow, M.Ed., has been a change agent in the field of early childhood education for nearly three decades. Her passion for early childhood learning began 27 years ago in Mali, West Africa, where she developed and implemented an early learning curriculum for a local nursery school. Upon her return from Mali, she served as a preschool teacher, a preschool director and an adjunct faculty member at several Chicago-area colleges and universities before assuming her current role as Associate Professor of Early Childhood Care and Education at Harold Washington College, one of the City Colleges of Chicago. Asimow holds an M.Ed. in instructional leadership and early childhood education from the University of Illinois at Chicago, a graduate certificate from Penn State University in family literacy and a graduate certificate from Loyola University-Chicago in community college teaching and learning. In 2014, she was recognized as a University of Illinois at Chicago Alumna of the Year for her work on behalf of Chicago children and families.

Asimow, who has played an integral role in the Math at Home project since its inception—writing and editing lesson plans, developing online learning modules for professional development and serving as the creative force behind our Math at Home blog—will be leaving the project at the end of June. Her work has been critical to the success of Math at Home, and her intelligence, professionalism and creativity have helped make the site what it is today. She will be greatly missed!

This week I thought we could look at two videos. The first is less than a minute and it focuses on 4 children, all under three years of age, playing at the water table. The table is set up with some interesting materials and the children are pretty engaged. Pay special attention to the ways […]

Observing a Child Playing with Ramps

Last week I wrote about the importance of impartial and accurate observations of children. Teachers of young children need to systematically use observation as a part of their daily practice in order to plan for appropriate and engaging learning opportunities, to set up the environment so it is both challenging and safe, to collaborate with […]

For the past 6 years, I have been involved in one way or another in the Math at Home Project; initially as the primary blogger, later as the designer and one of the authors of the professional development series …. and most recently as the coordinator of the Guest Bloggers. Each of these roles has […]

Found Items for the Science Area are Rich With Mathematical Possibility

I started thinking about the intersections between the Science or Discovery Center and Math opportunities in the classroom when I taught Math and Science for the Young Child. I found it interesting that many of the textbooks we reviewed to be used for the course, separated much of the content between science learning and math […]

Did you know you can get a piece of peg board (2 ft X 4 ft) from a home improvement store for less than $10.00? I did a little research and discovered that peg boards come in all sorts of shapes and sizes, and are made from a variety of materials. They are all pretty […]

I know, I know. You already have to take a “Safety” backpack outside with you every time you go out with the children, but this idea for an “Outdoor Math Kit” that goes out with you as well is worth the time and effort. In order to seize the “teachable moment” we need to be […]

I have been jotting ideas for blog posts whenever they come to me ever since I stopped writing regularly for Math at Home last year. My list isn’t that long but I can’t seem to break the habit. I get especially excited when I can take a couple of pictures to go along with the […]