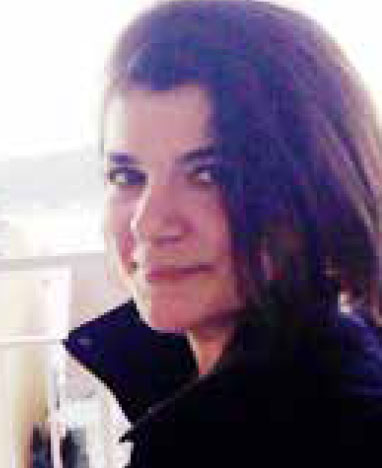 Bilge Cerezci began her career as an educator in Turkey. After earning a bachelor of science degree in early childhood education from Bosphorus University in Istanbul, she nurtured the development of young minds as a teacher in Turkish preschools. Cerezci moved to Chicago in 2007 to pursue graduate studies at the Erikson Institute and completed her master’s degree in child development with an infancy specialization in 2009. She was awarded her PhD in applied child development from Loyola University Chicago and the Erikson Institute in 2017. During her doctoral studies, Cerezci worked for the Erikson Institute’s Early Math Collaborative, which was launched in 2007 to enhance the quality of early math education by helping preschool and early elementary school teachers incorporate effective early math instruction into their classrooms. Her work for the Early Math Collaborative focused on the refinement of a new tool designed to measure the quality of mathematics instruction in preschools and elementary schools. She has also served as an adjunct faculty member in the Child Development Department of the City Colleges of Chicago and the Teacher Education Department at Loyola University. Dr. Cerezci now resides in New York City, where she shares her knowledge and insights with the next generation of educators as an assistant professor in the Curriculum and Instruction Department at St. John’s University.

This last spatial reasoning game we have for this month is a two player game where the goal is to get four markers in a row. This game is great because it provides a productive struggle. The board is constantly changing as each player moves a marker each turn. This will help our children strengthen […]

This next game is not only a great way to build your child’s spatial reasoning skills, but also helps them with the important life skill of reading maps. Mapping can help your children understand the world around them while strengthening their spatial thinking. Materials: Construction paper in four different primary colors Index cards or small […]

In this activity, we will create a Hexbug maze using straws, popsicle sticks, tape, and poster board! This fun activity not only allows young children to deepen their understanding of spatial relationships by connecting words, actions and symbols, but also gives them opportunities to build and problem solve. Many young children understand concepts related to […]

The Importance of Spatial Reasoning in Early Years

Spatial reasoning is a set of cognitive functions and skills that enable us to understand and describe spatial relationships between objects, others and ourselves. Our relationship with spatial reasoning begins at birth. Infants use these skills to recognize human faces, understand their body/body parts, and location of objects and others in relation to themselves. As […]

Welcome to our final blog entry for this month. Throughout the month, we have talked about the importance of helping our youngsters not only know their numbers, but also understand what they represent. This ability to understand what numbers represent lays the foundation for future mathematical thinking. Therefore, it is important that our children have […]

Welcome to week three! Hope you had fun playing the matching dot games. Do you see dots everywhere now? Get ready for another dot-filled week! For this week’s activity we are going to reinvent the game of bingo. Again, we will not be using symbolic representation of numbers. Instead, we will be representing numbers with […]

As we talked about last week, subitizing is foundational and relies on visual patterns. Often parents focus on symbolic representations of numbers and encourage their children to memorize these symbols. Parents might believe that when their children know these symbols they have an understanding of what that symbol means and represents. However, “knowing” the number […]

Have you ever seen children as young as three who can count up to 100, but struggle to answer when you ask what comes after number 100. It is not uncommon that young children learn rote counting without really understanding the meaning behind the numbers. How can we help our children develop a deeper understanding […]

Let’s sort this out!

posted by Dr. Bilge Cerezci At all ages, children classify intuitively to make sense of their world that seems largely out of their control. By 2 weeks of age, infants distinguish between objects they suck and those they do not. By 2 years, toddlers form sets with objects that are similar. In preschool, children begin […]

posted by Dr. Bilge Cerezci As she sits on the floor, a three-year old starts stacking blocks with various shapes and sizes. After some experimentation, she realizes that it is hard to build a tower if a block lays on its curvy side.   What does this 3-year-old discover about shapes? From an early age, […]

posted by Dr. Bilge Cerezci Young children are motivated to explore mathematical concepts they encounter in their everyday interactions with the world. Through these interactions, they develop a range of informal understanding of numbers including ideas of more or less and one-to-one correspondence. For example, a child as young as two knows if she gets […]

posted by Dr. Bilge Cerezci Traditionally, mathematics education has not been considered developmentally appropriate for young children (Battista, 1999). Math is abstract while young children are deemed to be concrete thinkers, and some cognitive developmental work done in the mid-twentieth century has been used to suggest that young children’s mathematical ideas develop on their own […]