As young children are formally introduced to the names of shapes, they begin to notice these shapes in their surroundings. They see their plate as a circle and their napkin as a square when they eat dinner. They look at the windows and doors in a room and recognize them as rectangles. Tana Hoban’s book Shapes, Shapes, Shapes (1986) uses photographs of familiar objects such as pots and pans, and scenes such as construction sites, to present various shapes. Children will find more shapes on each page as they look at the photos again and again, and as they learn to name more shapes such as trapezoids and ovals.

An activity that can follow the introduction of this book can be allowing children along with family members to take photos of shapes in their home, their neighborhood or school. They can display and compare the photos and name the shapes in each other’s photo.

In addition to two-dimensional, flat shapes, young children should be introduced to three-dimensional, fat shapes. Reading the book, Changes, Changes (Hutchins, 1987), can open a child’s mind to the endless possibilities of how to arrange 3D blocks to build structures. In this wordless picture book, a wooden couple builds a house but it catches on fire, so they must build a fire engine, then a boat to deal with all of the water, and so on. Encourage children to find 3D objects in their environment such as food containers that represent cubes, cylinders, and rectangular prisms. They can build their own structure with these containers and name them as they build.

Once children are familiar with the names of shapes, they can expand their vocabulary to include attributes of shapes. The book, If You Were a Triangle (Aboff, 2010), includes illustrations of triangles that are slices of watermelon, Yield signs, faces of pyramids, designs on wallpaper, and more. The text repeats the phrase, “If you were a triangle…” and lists attributes such as “three sides,” or “three corners” and introduces the terms polygon and angle. At the end of the book, specific triangles are shown—equilateral, right and isosceles—along with examples of these triangles put together to form a new, composite, shape such as a rectangle or rhombus. Children can look for triangles in their environment as well as practice putting the triangle Pattern Blocks together to form new shapes.

Another concept children learn in early geometry is relative position. Young children are gradually exposed to words used to describe the position of an object or person relative to other objects or people such as above, below, beside, in front of, behind, and next to. Young children are also starting to distinguish between their right and left and are learning to move, and count, forward and backward. A book that is fun for children to use to learn these concepts is Bug Dance (Murphy, 2002). The bugs in this book go to school together and in gym class they learn a dance that teaches them to take steps to the right and to the left, then hop forward and backward. Young children can perform the dance as the book is being read over and over.

There are many children’s books that are written to introduce shapes, however many use the word “diamond” instead of rhombus. I try to avoid these books or let children know a diamond shape is called a rhombus when we are learning math. 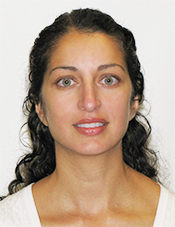 Jeanne White, Ed.D. began her distinguished career as an educator in 1992. She taught elementary school in Chicago’s south suburbs for 12 years, served as an adjunct professor in early childhood education at Governor’s State University and joined Elmhurst College as a full-time faculty member in 2005. At Elmhurst College, she teaches math methods courses for teacher candidates in the early childhood and elementary education programs, works with in-service teachers in the Master of Education in Teacher Leadership graduate program and serves as the chairperson of the Department of Education. Dr. White has presented locally, nationally and internationally on topics related to elementary mathematics education, teacher leadership, service learning abroad and teaching English language learners. She has conducted workshops for teachers in Australia and South Africa on the use of everyday objects to facilitate early mathematics instruction, written numerous articles on education and consulted with school districts on the implementation of Common Core State Standards for Mathematics. She holds a B.S. in education and an M.Ed. in curriculum and instruction from the University of Illinois at Urbana-Champaign, as well as an Ed.D. in curriculum and instruction from Loyola University Chicago. Her doctoral dissertation investigated the ways in which children’s literature can be used to improve student performance and attitude in mathematical problem solving. She recently published the second edition of her book, Using Children’s Literature to Teach Problem Solving in Math, which guides teachers in the use of children’s literature to build a positive math environment, engage students in mathematical problem solving and help them understand the role of math in their everyday lives.